Social influence and the collective dynamics of opinion formation 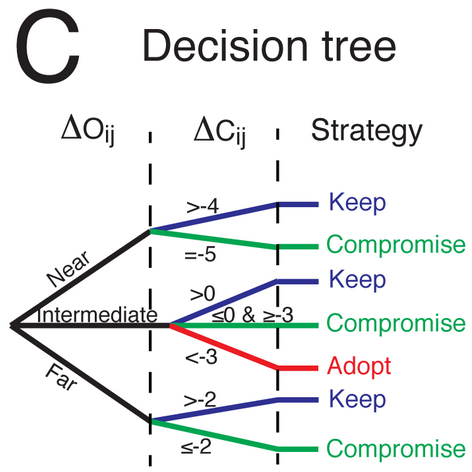 Abstract:  Social influence is the process by which individuals adapt their opinion, revise their beliefs, or change their behavior as a result of social interactions with other people.  In our strongly interconnected society, social influence plays a prominent role in many self-organized phenomena such as herding in cultural markets, the spread of ideas and innovations, and the amplification of fears during epidemics. Yet, the mechanisms of opinion formation remain poorly understood, and existing physics-based models lack systematic empirical validation. Here, we report two controlled experiments showing how participants answering factual questions revise their initial judgments after being exposed to the opinion and confidence level of others.  Based on the observation of 59 experimental subjects exposed to peer-opinion for 15 different items, we draw an influence map that describes the strength of peer influence during interactions.  A simple process model derived from our observations demonstrates how opinions in a group of interacting people can converge or split over repeated interactions. In particular, we identify two major attractors of opinion: (i) the expert effect, induced by the presence of a highly confident individual in the group, and (ii) the majority effect, caused by the presence of a critical mass of laypeople sharing similar opinions.  Additional simulations reveal the existence of a tipping point at which one attractor will dominate over the other, driving collective opinion in a given direction. These findings have implications for understanding the mechanisms of public opinion formation and managing conflicting situations in which self-confident and better informed minorities challenge the views of a large uninformed majority.