Abstract:  How can we study bounded rationality?  We answer this question by proposing rational task analysis (RTA) — a systematic approach that prevents experimental researchers from drawing premature conclusions regarding the (ir-)rationality of agents.  RTA is a methodology and perspective that is anchored in the notion of bounded rationality and aids in the unbiased interpretation of results and the design of more conclusive experimental paradigms.  RTA focuses on concrete tasks as the primary interface between agents and environments and requires explicating essential task elements, specifying rational norms, and bracketing the range of possible performance, before contrasting various benchmarks with actual performance.  After describing RTA’s core components we illustrate its use in three case studies that examine human memory updating, multitasking behavior, and melioration. We discuss RTA’s characteristic elements and limitations by comparing it to related approaches.  We conclude that RTA provides a useful tool to render the study of bounded rationality more transparent and less prone to theoretical confusion.

Summary:  Rational task analysis (RTA) is a methodology and perspective to study bounded rationality.  It provides a flexible toolkit for conducting rationality research by explicating key elements of the agent, task and task environment, and by comparing human performance to predefined benchmarks. 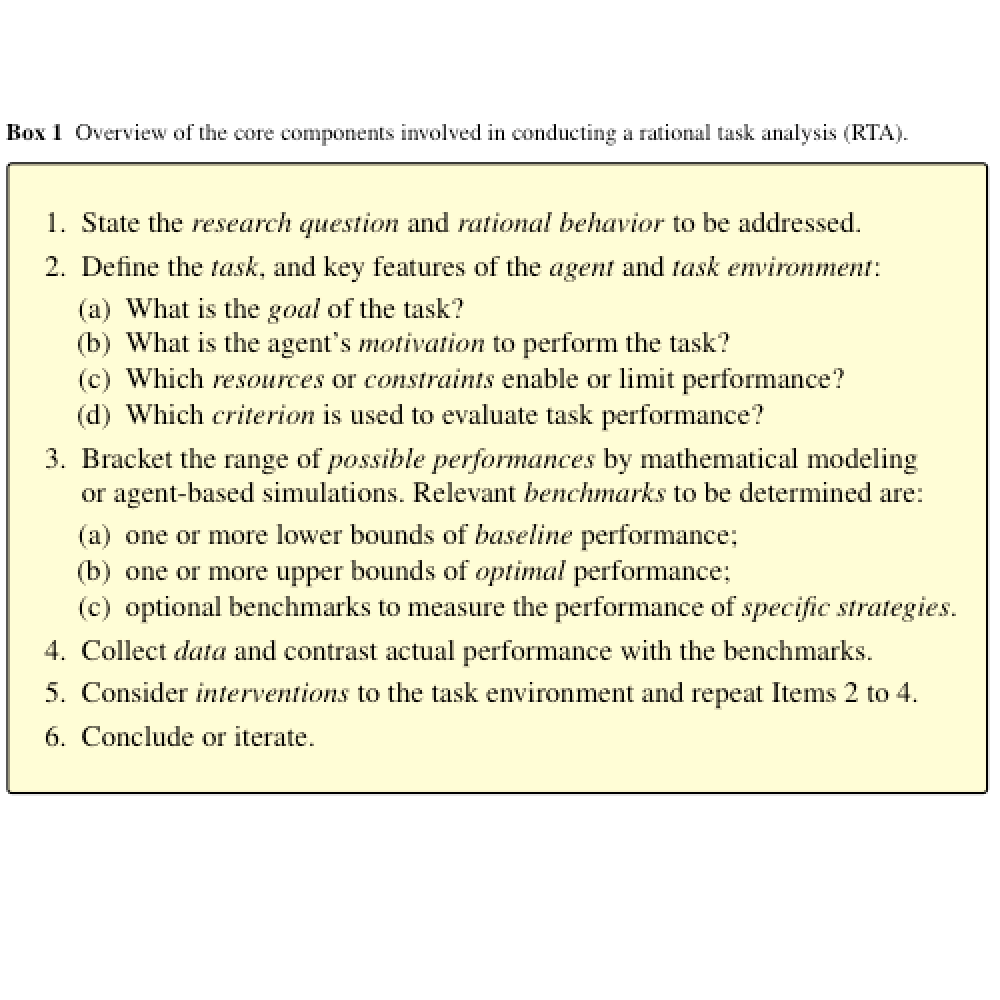